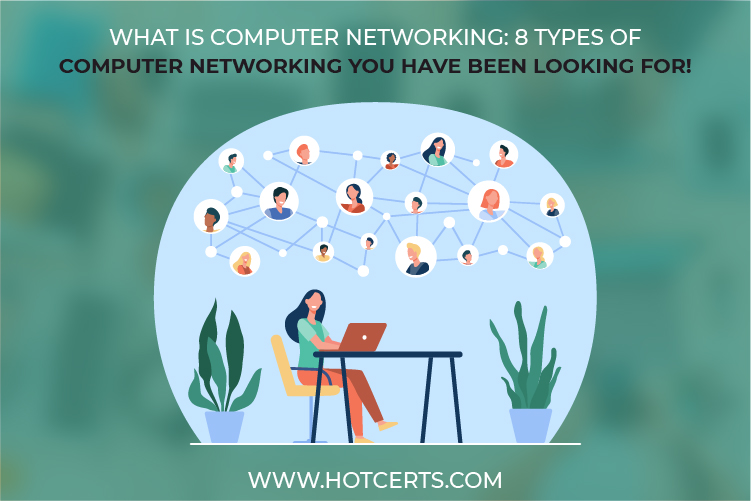 What is a computer network?

The Internet is the most prominent example of a WAN, connecting billions of computers worldwide. In addition, computer networks can be defined by the protocol employed for communication, how traffic is controlled, the physical placement of components, and the purpose. Computer networks enable communication for all entertainment, business, and research purposes. The Internet, email, online search, live streaming, audio and video sharing, online commerce, and social networks exist for computer networks. 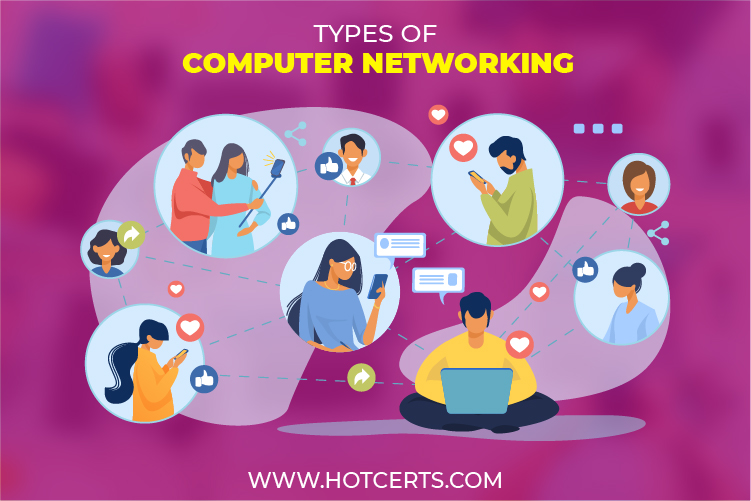 Local Area Network or LAN: A LAN authorizes computers to connect and share files, data, and resources over relatively short distances. For example, a LAN may link all computers in a school, office building, or hospital. LANs are typically personally owned and used.

Metropolitan Area Network or MAN: MAN is usually larger than LAN but smaller than WAN. Cities and government agencies typically own and control MANs.

Wireless Local Area Network or WLAN: It is pretty identical to a LAN, but instead of being wired, the network devices are wireless.

Wide Area Network or WAN: As the term suggests, a WAN joins a broad spectrum of computers, from area to area and even from continent to continent. The Internet is the biggest WAN, linking billions of computers worldwide. A collaborative, decentralized ownership model for WAN managing is typically displayed.

Personal Area Network or PAN: PAN provides services to one person. For example, if you are operating an iPhone and Mac, you might have set up a PAN to share and sync content (text messages, emails, photos, etc.) among both appliances.

Virtual Private Network or VPN: A VPN is a secure point-to-point connection between two network endpoints. A VPN establishes an encrypted channel that prevents hackers from accessing your identity, accessing credentials, and transferring data.

Storage Area Network or SAN: A SAN is a technical network that delivers access to block-level storage. A shared network or cloud storage serves as a storage drive physically linked to your computer to your users.

Campus Area Network or CAN: CAN is also known as the Corporate Area Network. CAN is more comprehensive than LAN but slighter than WAN. CAN delivers services to sites like universities, colleges, and business campuses.

How does a computer network work?

Particular devices such as switches, routers, and access points form the basis of computer networks. Switches connect to your home or organization’s network and help protect your computers, printers, servers, and other devices internally. 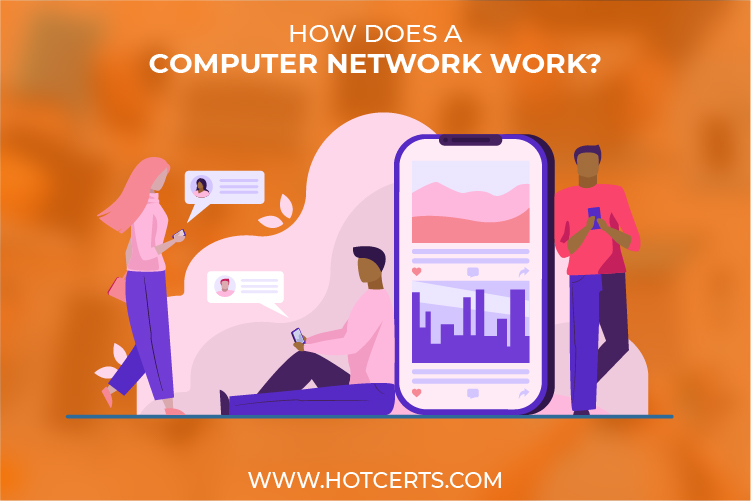 An access point is a switch that connects a device to a network without cables. Routers connect networks to other networks and act as dispatchers. They analyze the data sent over the web, choose the best route, and send it along the way. Routers help connect your home or office to the world and protect your information from external security threats.

Sharing all formats of digital data (regardless of geographic location) from one computer system to another with the help of a network is very easy.

With the help of networks, sharing expensive resources such as storage space, processors, faxes, etc., has become much more manageable.

You can easily share and install software from one computer system to another via a network system.

Decentralizing a data processing system over a network system is very easy. Ultimately, it helps you control, protect, and manage your critical data.

With the help of networks, communication systems are now very efficient, spartan, and fast. Various modes of communication include text chat, video chat, and email. A computer network is assemble of two or more interconnected computer systems. You can specify a network connection using cable or wireless media. All networks include the hardware and software that connects your computer and tools. The vital computer network components are:

The switch acts as a controller connecting computers, printers, and other hardware devices to your campus or building network. It allows devices on the web to communicate with each other and other networks. It helps share resources and reduces organizational costs.

A local operating system that helps a personal computer access files print to a local printer and use one or more discs and CD drives on the computer.

Routers help you connect to multiple networks.It allows you to share the same internet connection with different devices and saves your finances. This network component acts as a dispatcher and can analyze the data sent over the network. It automatically selects the best route for your data to travel and sends it along the way.

A server is a computer that holds shared programs, files, and network operating systems. The server makes network resources accessible to all users of the network.

A client is a computer device that accesses and uses a network and shares network resources. He is also a network user because he can send and receive requests to and from the server.

Transmission media are carriers used to interconnect computers in a network, such as coaxial cables, twisted pair wires, fiber optic cables, and a link, channel, or line.

Access points allow you to connect your device to a wireless network without cables. Wireless networks will enable you to bring in new machines and provide flexible support to mobile users.

A protocol is a set of predefined regulations that authorize two entities to communicate over a network. Standard protocols used for this purpose are IP, UDP, FTP, TCP, etc.

It Shared data between clients, such as files, printer access programs, and email.

Network interface cards send and receive data and control the data flow between your computer and your network.

A network operating system is a program that runs on computers and servers. It allows the computer to communicate over the network.

A hub is a device that divides a network connection into multiple computers. To act as a distribution center, every time your computer requests information from your computer or network, it sends a request to the hub over a cable. The corner receives the request and sends it across the web.

Local area network (LAN) cables are also known as Ethernet cables or data cables and are used to connect the device to the Internet.

OSI stands for Open Systems Interconnection. It is a reference model that allows you to specify communication standards.

Use of computer network:

Here are some typical applications for computer networks

The primary advantages of using a computer network are: 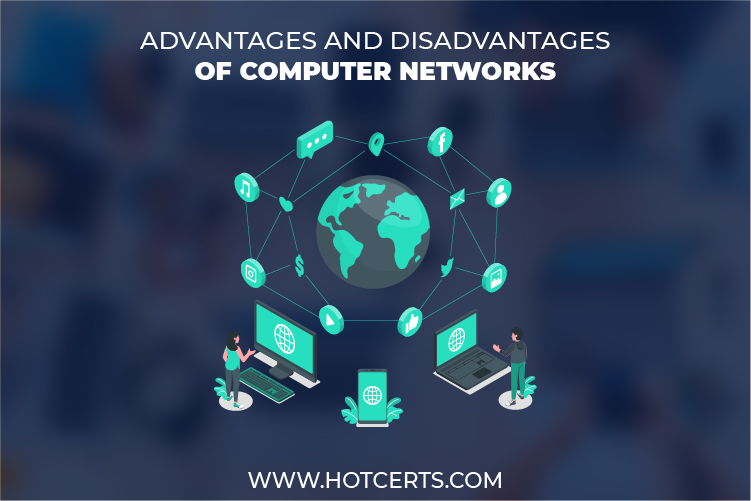 The disadvantages of using a computer network are:

It wired or wireless associations between two or more computers for transmitting data and resources from a computer network. Today, nearly all digital devices belong to computer networks. You and your colleagues probably share access to a printer or group messaging system in an office environment. The computing network that makes this likely is a LAN or local area network that lets departments share resources. The city government may control city-wide surveillance cameras that monitor traffic flow and incidents.

This network is part of the MAN or Metropolitan Area Network. City emergency personnel respond to traffic accidents, advise drivers on alternative travel routes, and send traffic tickets to drivers running red lights. The Weather Company has created a peer-to-peer mesh network that allows mobile devices to communicate directly with other mobile devices without the need for Wi-Fi or cellular connectivity. The Mesh Network Alerts project can deliver life-saving weather information to billions of people without an internet connection.