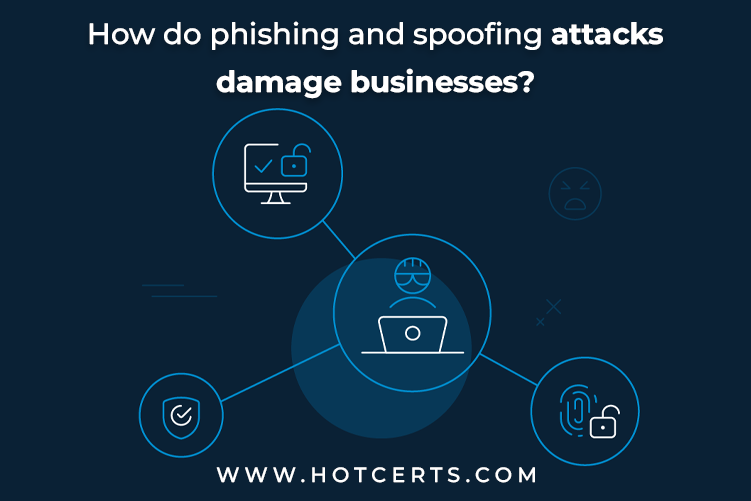 How do Phishing and Spoofing Stikes Damage Businesses?

Phishing is a deceptive method of obtaining sensitive information by impersonating a trustworthy institution.

Loss of money, loss of intellectual property, reputational damage, and disruption of operational activities are just a few of the negative repercussions of phishing on an organization. These factors combine to result in a loss of firm value, sometimes with irreversible consequences.

To fully comprehend the impact of phishing assaults on businesses, you must first understand the various sorts of phishing situations available. Therefore, the procedures to avoid and prevent these attacks would be easier to comprehend.

Voice fraud caused about $20 billion in damages in the United States alone in 2020, and this beast doesn’t seem to be slowing down. Scammers and Robo callers utilize a variety of ways to obtain information from individuals and businesses, and phone spoofing is one of the most common.

When scammers hide their phone numbers and pretend to be calling from a known source, such as a local business, they engage in malicious phone spoofing.

The primary purpose of this type of con is to obtain valuable or sensitive information, which they can subsequently utilize to plan another attack or sell to the highest bidder. The devastation doesn’t end there. 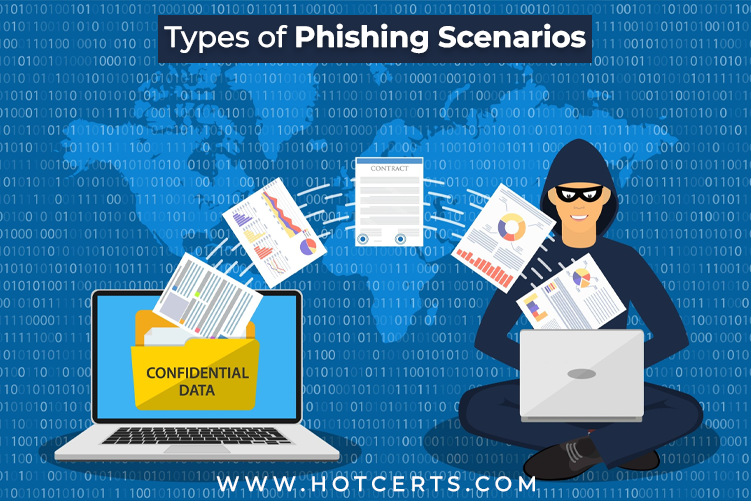 Phishing is commonly carried out through email spoofing, instant messaging, and text messaging. It is a deceitful method of obtaining personal information from people. The download of malware or ransomware onto a machine is also deception.

The criminal obtains privileged access to sensitive information in either case. Because of the multiple ways perpetrators strike, this is becoming an increasingly annoying issue. The most prevalent phishing situations are as follows:

The most prevalent phishing scenario involves fraudulent emails sent to individuals that appear to be from a legitimate company. This type of attack, also known as spam phishing, allows a cybercriminal to access many registered customers on a website.

As a result, phishing emails are frequently sent in bulk. Because some people will fall prey to the crowd, there is a high chance of success.

The attacker uses actual email messages that an individual may have received in a clone phishing situation. The phisher replaces links or attachments with malicious ones by producing a virtual duplicate or clone.

It is generally successful because the attacker can claim that the initial communication had a broken link, necessitating a resend. Because the sender’s name is well-known, the recipient is unlikely to suspect the sender.

As you might expect, clicking on such URLs may either install malware on your device or give the attacker access to your device without your knowledge.

There is frequently a sense of urgency with clone phishing. Of course, the ruse is always for security concerns in the latter situation.

Domain spoofing is the second type of email phishing, in which the offender spoofs the domain name of a well-known company. This method makes it appear as if you are receiving an email from a real organization.

Because email addresses are one-of-a-kind, a phisher can only imitate the company’s address. They combine the letters ‘r’ and ‘n’ to form the word ‘rn’ instead of the letter ‘m.’

You can also use a domain spoof to construct a fake website that looks legitimate. They would imitate the look and feel of the actual site. The focus is once again on the word “looks like.” While the fake domain seems close to the real one, it is not the same.

As a top authority in the firm, the CEO is the target of this sort of spear-phishing. The executive is tricked into giving up their login credentials by a scammer who sends them fake emails.

Because catching such high-ranking officials off guard is more complex than phishing. Hackers frequently substitute fake URLs and malicious links for tax return emails that require tailored information such as the target’s name, position, and other personal information that they can find on social media platforms.

As the name suggests, this is a scam perpetrated by a hacker impersonating the CEO. The phisher can authorize wire transfers to third-party accounts and file bogus tax forms on behalf of employees using the CEO’s email account, which has been hacked.

Because the targets are lower-level employees, they would respond quickly to an urgent email from the CEO requesting that they conduct a banking transaction or transfer sensitive information.

Employees may also be asked to install a new application on their computers, which will allow the hacker to install malware or ransomware.

When Is Spoofing Considered Illegal? 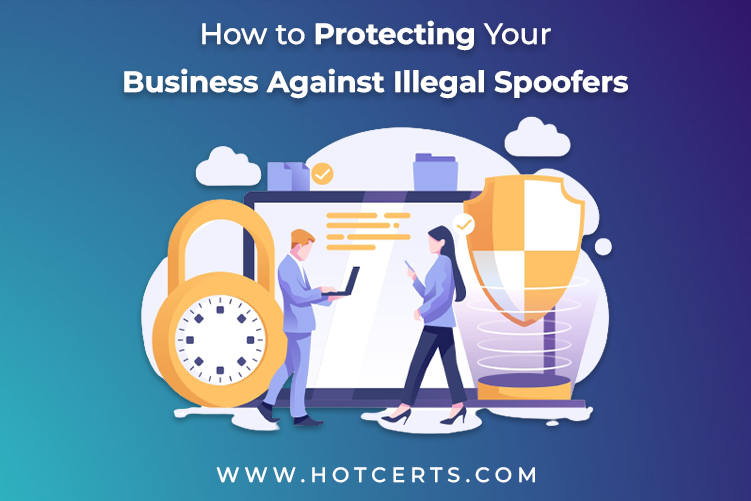 Legal spoofing has a positive influence, whereas criminal spoofing does not. When a caller does not have permission to hide their identity and use the phone number of another organization, it is called illegal spoofing. So, regardless of the reason, it is unlawful for a third party to impersonate a firm using its phone number.

Illegal phone spoofing can target businesses and their personnel and customers. Other companies are suddenly slammed with litigation or complaints from customers who have been harmed by fraudsters using faked numbers, even if they are unaware they are being targeted.

The Drawbacks of Having Your Phone Number Spoofed

Although illegal caller ID spoofing may appear to be a consumer concern, there are many reasons why businesses should devote efforts to countering this deceptive conduct. Your first goal as a business owner should be to project a positive image for your brand and company.

If scammers use your phone number to commit fraud, it can harm your reputation and give your brand a bad name, primarily if you only serve a limited local audience.

The longer your phone numbers remain spoofed, it will permanently damage the more likely your business. It’s critical to learn how to prevent phone spoofing and take steps to protect your business.

If not caught early enough, unlawful call spoofing can result in many other consequences that are more serious than a ruined image.
The following are some of the drawbacks of having your phone number spoofed:

When fake phone numbers con people, they don’t often realize that thieves hide their identity by masking their contact information and posing as someone else. If your phone number has been faked, you’ll get a lot of calls from people who have been scammed.

Instead of disregarding these requests and attracting the wrong kind of attention, you should devote resources to educating callers and ensuring that your phone numbers aren’t spoofed.

Handling calls from scammed customers, on the other hand, represents a significant expense for most business owners, who are already operating with a tight budget.

As a result, the number of resources accessible to you is limited, and productivity suffers, especially if your staff is dealing with a high volume of calls.

Also, keep in mind that only a tiny percentage of spoofer attacks succeed. Companies must prevent these attacks at all costs because a single successful fraud can result in tens of thousands of dollars in losses. Rather than waiting for a security breach, take action now.

Taking control of your corporate caller ID information and monitoring any unusual calls involving your company numbers is the unique approach to counteract illegal spoofing.

Many factors determine whether a customer or prospect responds to a call from your company. Everything from the timing of the call to the number that displays on the screen to the first contact will aid the receiver in determining whether or not they can trust your call.

People who receive a call from your number will be less inclined to pick up your calls if your number has a negative reputation for being used by impersonators.

Even if you create a particular script or authentication mechanism, receivers will need assistance distinguishing between your legitimate team members and fraudsters. If you were in this situation, likely, you wouldn’t pick up the phone either.

Protecting Your Business Against Illegal Spoofers 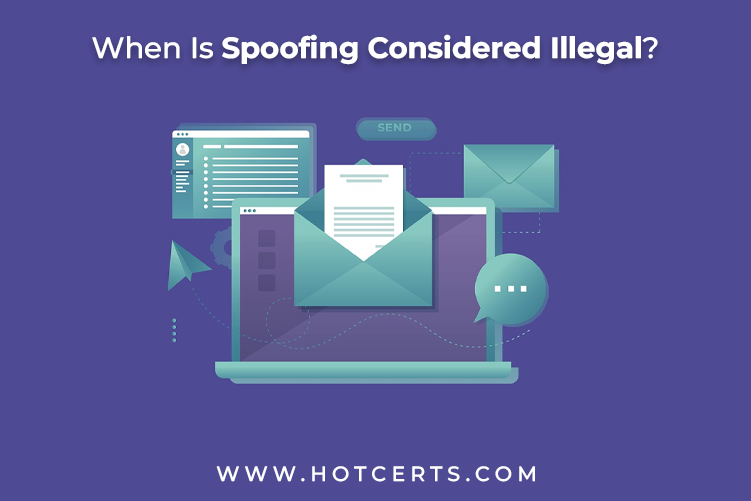 While legislators are making progress in certain areas, waiting for new legislation to be passed may not be the best or fastest way to handle a problem that is already placing a lot of strain on the business. Some remedies have helped improve the voice landscape, but they haven’t fixed the problem.

The STIR/SHAKEN technology allows users to recognize spam calls, yet it has little effect on the frequency of fraudulent calls. Fortunately, various technological advances have empowered businesses and given them unprecedented control over their financial data.

Malware attacks are notoriously difficult to recover from. Systems will have to be taken offline or shut down, resulting in a significant reduction in productivity.

It might severely harm the economy if enterprises providing transportation, technology, waste disposal, and other critical infrastructure are disrupted.

We know how tragic it is to have a smooth outbound calling operation that gives your internal teams the highest chance of success while increasing your brand’s trust.

The sophisticated features are meant to protect your brand, increase your interactions with your audience, and give you complete control over your company’s reputation.