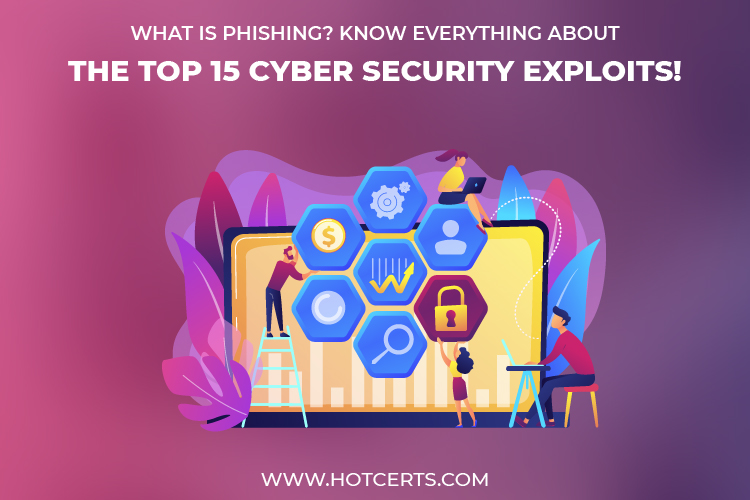 Phishing is an assault that tries to steal your money or identity by tricking you into revealing personal information on phony websites such as credit card numbers, bank account details, or passwords. Because of its effectiveness, phishing is a common form of cybercrime. Cybercriminals have had success getting consumers to engage with personal information via emails, text messages, direct messages on social media, and video games.

Whether you like or hate technology or something in between, there is no doubt that technology has become a significant part of your life. Our digital world is expanding as more people work from home and companies do business online. But as our digital activity grows, criminals also want to take advantage of it, leading to computer security threats and new advances in digital crime.

Over the past few years, prominent companies worldwide have undergone cybercrime, from data breaches to unauthorized access to financial accounts, digital impersonation of CEOs, and everything in between. Companies of all areas and industries are at risk, from new online stores to established businesses.

Cybercriminals are becoming more innovative and more strategic, but it is also clear that many companies are not fighting for cybersecurity. It is up to you to protect your organization and make a solid investment in its security. IT experts are responsible for providing the information, resources, and services needed to make that happen.

What are cybersecurity threats?

For example, the 2017 Equifax breach leaked about 143 million consumers’ data, including address, date of birth, and social security numbers. In 2018, Marriott International revealed that hackers had accessed the server and stole the data of about 500 million customers. Organizations’ inability to develop, test, and retest technical measures such as encryption, authentication and firewalls enabled cybersecurity risks in both circumstances.

What are Computer Security Vulnerabilities? How is it distinct from a cyber threat? 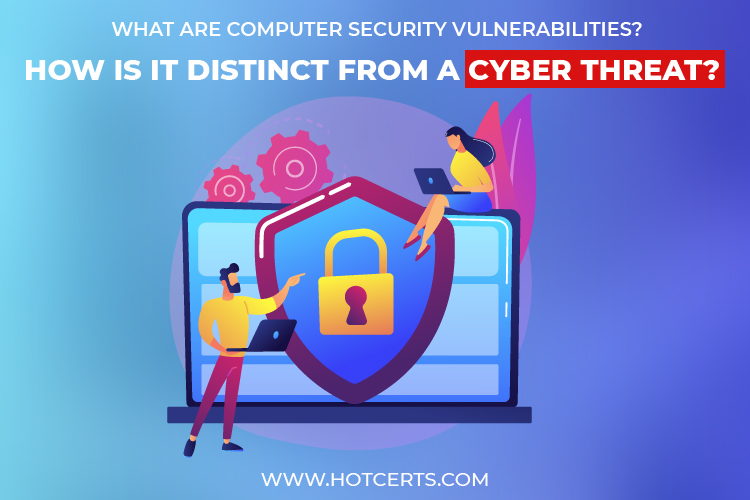 In the plainest terms, a computer system vulnerability is a flaw or defect in a system or network that can cause damage or allow an attacker to exploit or manipulate the system. Unlike “cyber threats,” cyber threats may involve external factors, but network assets (computers) are vulnerable to computer systems in the first place. Moreover, these are usually not the result of deliberate efforts by attackers.

On the other hand, cybercriminals will use these flaws in their attacks and use the terms interchangeably. How a computer’s vulnerability is exploited depends on the nature of the exposure and the attacker’s motives. These vulnerabilities can be due to various software programs, unexpected interactions of system components, or fundamental flaws in individual programs.

What are the 15 common types of cyber attacks? 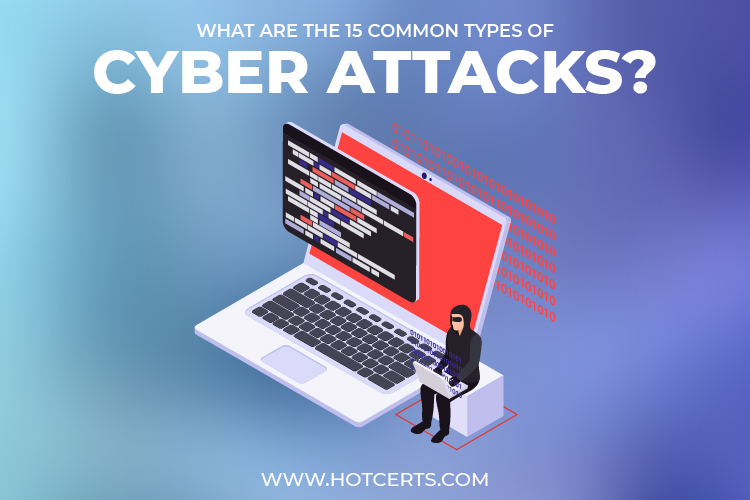 There are many ways an attacker can break into an IT system, but most cyberattacks rely on very similar techniques. The following are some of the multiple common types of cyberattacks.

phishing is an attack in which an attacker attempts to trick an unprotected victim into giving away beneficial information such as passwords, credit card details, and intellectual property. Phishing attacks often arrive in emails pretending to be from legitimate organizations such as banks, tax offices, and other trusted organizations. Phishing is the most familiar form of a cyberattack because it is easy to implement and surprisingly effective.

A man-in-the-middle attack (MITM) is an attack in which an attacker intercepts communication between two parties to spy on the victim, steal personal or credential information, or change the conversation somehow. Recent MITM attacks are less common. Most email and chat systems use end-to-end encryption to prevent third parties from tampering with data sent over the network, regardless of whether the network is secure.

A DDoS attack is a rush in which an attacker floods the target server with traffic, confusing the target and, in some cases, trying to bring it down. However, unlike traditional denial of service attacks that most sophisticated firewalls can detect and respond to, DDoS attacks can use multiple compromised devices to attack targets.

SQL injection is a type of attack specific to SQL databases. These databases use SQL reports to query data, and their statements are typically executed via the HTML form of the web page. If database permissions are not set correctly, an attacker could exploit HTML forms to run queries that create, read, modify, or delete data stored in the database.

Zero-day exploits target organizations aware of vulnerabilities found in specific software applications and operating systems widely used by cybercriminals and are using the software before a fix is ​​available—exploiting the vulnerability.

DNS tunneling is an advanced attack vector designed to provide an attacker with continued access to a particular target. Many organizations cannot monitor DNS traffic for malicious activity, allowing an attacker to insert or “tunnel” malware into a DNS query (a DNS request sent by a client to a server). This malware creates persistent communication channels that most firewalls cannot detect.

A BEC attack is an attack that directs an attacker to target a specific individual, usually an employee with the ability to approve financial transactions, to send money to an account managed by the attacker. 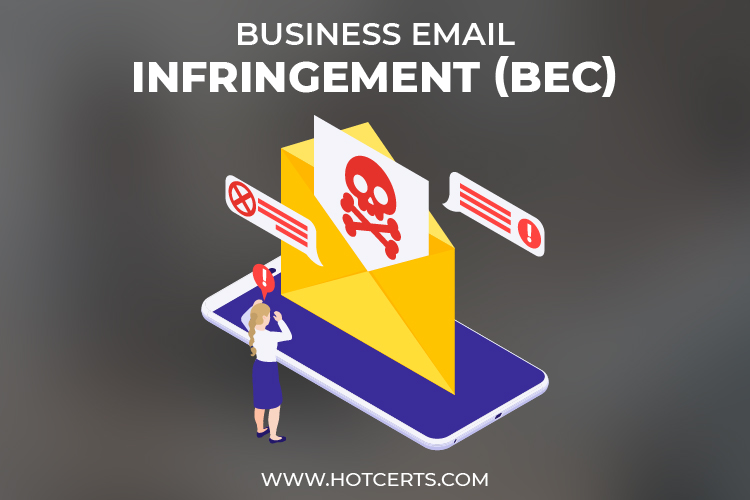 BEC attacks typically include planning and investigation to be effective. For example, information about target organization executives, employees, customers, business partners, and potential business partners can help an attacker convince an attacker to give money to an employee. BEC attacks are one of the most economically damaging forms of cyberattacks.

Cybercriminals compromise your computer or device and use it to mine cryptocurrencies such as bitcoins, which is known as crypto-jacking. Cryptojacking is not as well known as other attack vectors, but it should not be underestimated. Organizational visibility is not high for this type of attack. In short, hackers may be using valuable network resources to mine cryptocurrencies without the organization’s knowledge. Of course, leaking resources from a corporate network is far less problematic than stealing valuable data.

A “drive-by download” attack is an attack in which an unsuspecting victim visits a website, and the website infects the device with malware. An attacker or a compromised website may directly control the website in question. In some cases, malware is provided with content such as banners and advertisements. Nowadays, exploit kits allow novice hackers to quickly set up malicious websites and distribute malicious content in other ways.

Cross-site scripting attacks are very similar to SQL injection attacks. Still, instead of extracting data from a database, they are typically used to infect other users who visit your site. A simple example is in the comments section of a web page. If user input is not filtered before the comment is published, an attacker could expose a malicious script hidden on the page. When a user visits this page, they may execute a script to infect the device, be used to steal cookies or be used to extract the user’s credentials. Or you might redirect the user to a malicious website.

As you might expect, password attacks are a type of cyberattack in which an attacker attempts to guess or “break” a user’s password. There are various techniques for cracking a user’s password, but the description of these different techniques is beyond the scope of this article. However, some examples include brute force attacks, dictionary attacks, rainbow table attacks, credential stuffing, password sprays, and keylogger attacks. And, of course, attackers often try to obtain a user’s password using phishing techniques.

Sniffing attacks, sometimes referred to as “sniffing” or “sniffing,” are attacks in which an attacker seeks out unsecured network communications and intercepts and accesses data transmitted over the network. It is one of the reasons employees are required to use a VPN when accessing a company’s network from an unsecured public Wi-Fi hotspot.

Using artificial intelligence to launch advanced cyber attacks can be daunting, as we still do not know what such attacks will enable. The most notable AI-based episodes we have seen have included using AI-powered botnets to perform massive DDoS attacks using slave machines. However, more sophisticated attack vectors may occur in the future.

AI-powered software can learn the most effective approaches and adapt attack methods accordingly. You can use intelligence feeds to quickly identify software vulnerabilities or scan the system for potential vulnerabilities. AI-generated text, audio, and video are used to impersonate corporate executives. It can use this to launch a very compelling phishing attack. Unlike humans, AI-based attacks work 24 hours a day. They are fast, efficient, affordable, and adaptable.

IoT devices are typically less safe than most modern operating systems, and hackers are inclined to exploit their vulnerabilities. Like AI, the Internet of Things is still a relatively new concept, so it is still unclear how cybercriminals will use and control IoT devices. Perhaps hackers are trying to target medical devices, security systems, intelligent thermometers, or endanger IoT devices to launch large-scale DDoS attacks. We will see it in the next few years.