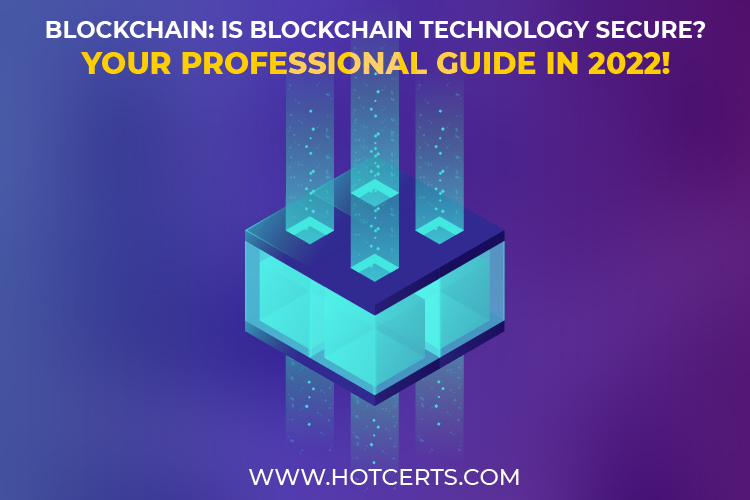 How safe is Blockchain technology? It has been confirmed to be a powerful technology for protecting critical data integrity. But that does not imply that it is entirely secure. As the cryptocurrency market has moved to a central stage, this technology has become more famous./ One of its rapid adoptions is that Blockchain is designed to provide unmatched security for digital information.

Blockchain is known as distributed ledger technology, and its cryptocurrencies have seen a share of success and failure in their short lifespan. And as that application becomes more widespread, blockchain security is becoming more critical, not just for crypto investors.

How does Blockchain technology work?

Blockchain technology is like the Internet, relying on a distributed network rather than a single server. The Blockchain uses a distributed or distributed ledger that resides on a host of independent computers, often called nodes, to track, announce, and synchronize coordinate transactions. It is different from the traditional trading model, which relies on a clearinghouse or exchange to keep track of everything in the central ledger.

Each node in the distributed Blockchain organizes new data into blocks and chains them in “add only” mode. This add-only structure is an integral part of blockchain security.No one on any node can modify or delete the data in the previous block. You can only add it to the chain. Adding a chain is one of the core security features of the Blockchain. Participants can confirm the transaction by referring to the chain. It eradicates the necessity for a central clearinghouse.

What are the fundamentals of blockchain security? 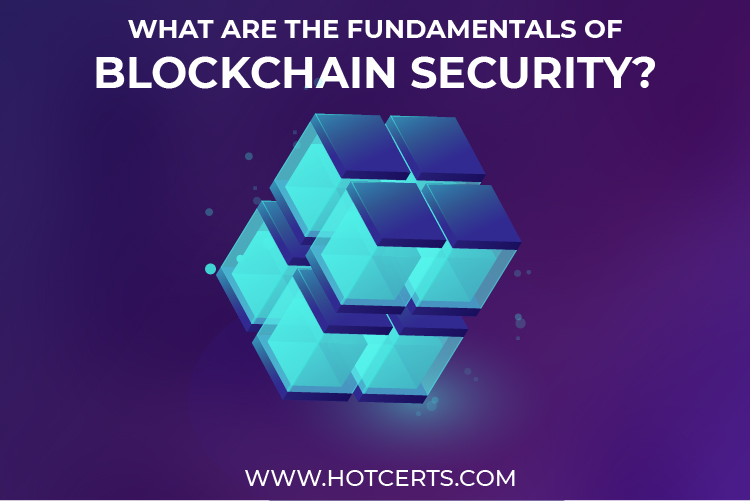 Blockchain is not affected by hacking. The Blockchain is not affected by the hacking, but it is decentralized, which enhances the Blockchain’s defenses. Hackers and criminals need to control more than half of all computers in the same distributed ledger to change the chain. The largest and most well-known blockchain networks, such as Bitcoin and Ethereum, are open to the public, and any individual with a computer and internet connection can enter.

Instead of causing a security crisis, having many people on the blockchain network improves security. The more participating nodes mean that more people check each other’s work and call for villains. One of the many causes is that private blockchain networks that require invitations to join can be more vulnerable to attacks and operations.

Permissioned Blockchain vs. the permissionless Blockchains

As the name implies, an allowed or private blockchain is a closed system that requires an invitation to join. It is helpful for businesses, banks, and other businesses that may limit the participation of outsiders as they want more authority over their information. Ripple, created by the banking industry to make low-cost transactions, is an example of a permitted blockchain.

Unauthorized Blockchain is open to the public. Anyone can handle these blockchains, and no one can control them. Data is copied and kept on nodes worldwide, allowing individuals to abide more or less uncredited. Bitcoin, Dash, Ethereum, and Litecoin are ideal for unauthorized Blockchain.

For payments and transfers, Blockchain helps prevent “double payment” attacks. These attacks are a central concern for cryptocurrencies. In double payment attacks, users use cryptocurrencies multiple times. IT is a situation that does not turn out with cash. If you spend $ 5 on a sandwich, you would not be able to pay $ 5. However, with encryption, there is a risk that the user will use the encryption multiple times before the network discovers it.

Blockchain helps prevent this. Within a particular cryptocurrency blockchain, the entire network needs to agree on the order of transactions, check for the latest transactions, and publish them. Bitcoin was the first cryptographic form to solve the problem of double payments. It also performs as an example of how Blockchain can help maintain the integrity of the entire record, not just the currency.

What are the security risks of Blockchain technology?

There are risks if the security provided by the nature of the Blockchain itself and the global network of nodes, miners always verify and protect the integrity of the Blockchain. The advantage: Blockchain creates seamless how-to execute transactions. 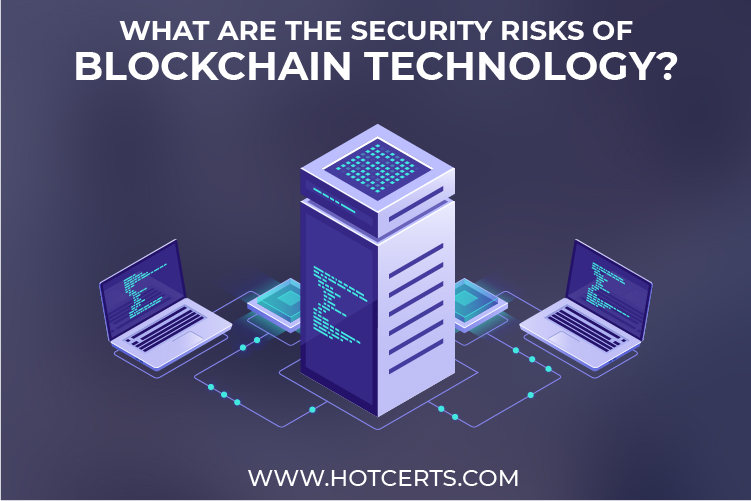 There is no need to intervene in sending or receiving money manually. It eliminates some of the more human safeguards that have evolved. This technology can ensure the integrity of the asset’s identity or related information but is entirely agnostic about the sender and receiver.

It is one area where the central clearinghouse can exercise valuable discretion. It does not pose an immediate risk to the crypto assets that the investor may currently own, but it can cause delay problems. Many critics of Bitcoin and other cryptography have pointed out the increasing use of cryptography by criminals and terrorist groups to circumvent money laundering and other banking regulators.

Cryptographic-allowed anonymity also gained popularity in the Silkroad Online Bazaar, which thrived on illegal goods and services between 2011 and 2013. That criticism could lead to increased interest from US and foreign regulators and ultimately to new legislation on how Blockchain can and cannot be used.

Other critics have pointed out the high cost of maintaining a network that makes the blockchain work. Mining these coins is essential for currency integrity and survival and consumes large amounts of energy. According to Morgan Stanley, the total energy consumption of the Bitcoin network is equivalent to the electricity demand of 2 million households in the United States. Miners are paid in coins, so it creates real risk. If the price of coins drops enough or the cost of electricity rises enough, people may decide that the game isn’t worth the candles.

The essence of blockchain mechanics with decentralization, consensus, and encryption ensures that transactions are essentially tamper-proof. Still, hackers have found ways to scam systems over the years. In 2019 alone, 12 crypto exchanges were hacked.

These are some ways the system is vulnerable to hackers.

• Phishing is a problem where a scammer sends a fake email to obtain essential wallet credentials from a crypto user. (Keeping cryptocurrencies secure is not enough. It is pivotal to pay attention to the protection of confidential information.)
• One miner or a sufficient group of miners may eventually be able to control more than 50% of the network’s mining power. In that case, they can manage the ledger.
• In other c, hackers can access real-time data when routing between Internet service providers.

How does Blockchain disrupt the industry? 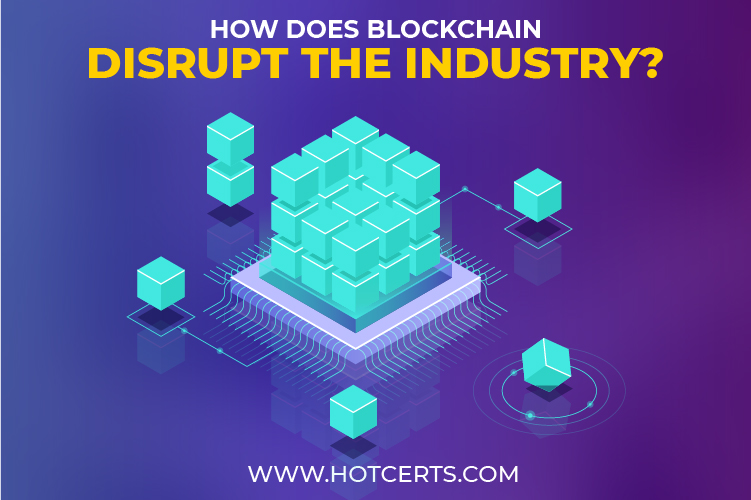 Banks have a transfer fee, which is expensive and time-consuming for people. In addition, hidden costs such as exchange rates make sending money overseas even more difficult.

Consider the example of ABRA, which is a financial cryptocurrency application that helps you perform peer-to-peer remittances. This application allows cryptocurrency users to store, send and receive digital money on their electronic devices.

Cyber attacks were a serious threat to the general public in the past. Some organizations have developed practical solutions to protect data from unauthorized access and tampering.

For example, a software security company named Guardtime delivers blockchain-based products and services. Instead of following a centralized system, the company uses blockchain technology to provide data to the nodes.

Due to the lack of clarity, supply chain management often faced challenges such as service redundancy, lack of integration between different departments, and lack of reliability.

The medical system allows patients to connect to other hospitals and collect medical data immediately. Aside from delays, information is stored in physical memory systems, which increases the likelihood of data corruption.

Fraudulent voting is an illegal activity that occurs in most traditional voting systems. Citizens who wish to vote also need to wait a little longer in line to vote for the local government. It is a very time-consuming process.

Consider the MiVote example. MiVote is a token-based blockchain platform similar to a digital ballot box. With MiVote, voters can vote via your smartphone, and your records are securely stored on your Blockchain.

How to choose a secure blockchain network?

There are many things a user can do to ensure that the cryptocurrency exchange they have selected is secure. The checklist to use when choosing a business is as follows:

• Does the exchange hire an auditor to look for defects in the system?
• Does the exchange store its assets in “cold storage” (where it is not connected to the internet-think, a paper wallet with a private key)?
• Do you offer security options such as suspicious transaction alerts? Two-factor authentication? Multi-signature transaction?

Security for Blockchain is both a strength and a hassle. Cryptocurrency transactions such as cryptocurrency payments, investments, and lending.
They are anonymous and partially protected by how blockchain technology is created. However, it is not entirely immune to tampering like most other technologies. However, users can protect themselves by keeping their private keys safe and not preying on phishing emails looking for personal information to hack their accounts.

Blockchain: Is Blockchain Technology Secure? Your Professional Guide in 2022!